Requiem for a Faithful Workhorse 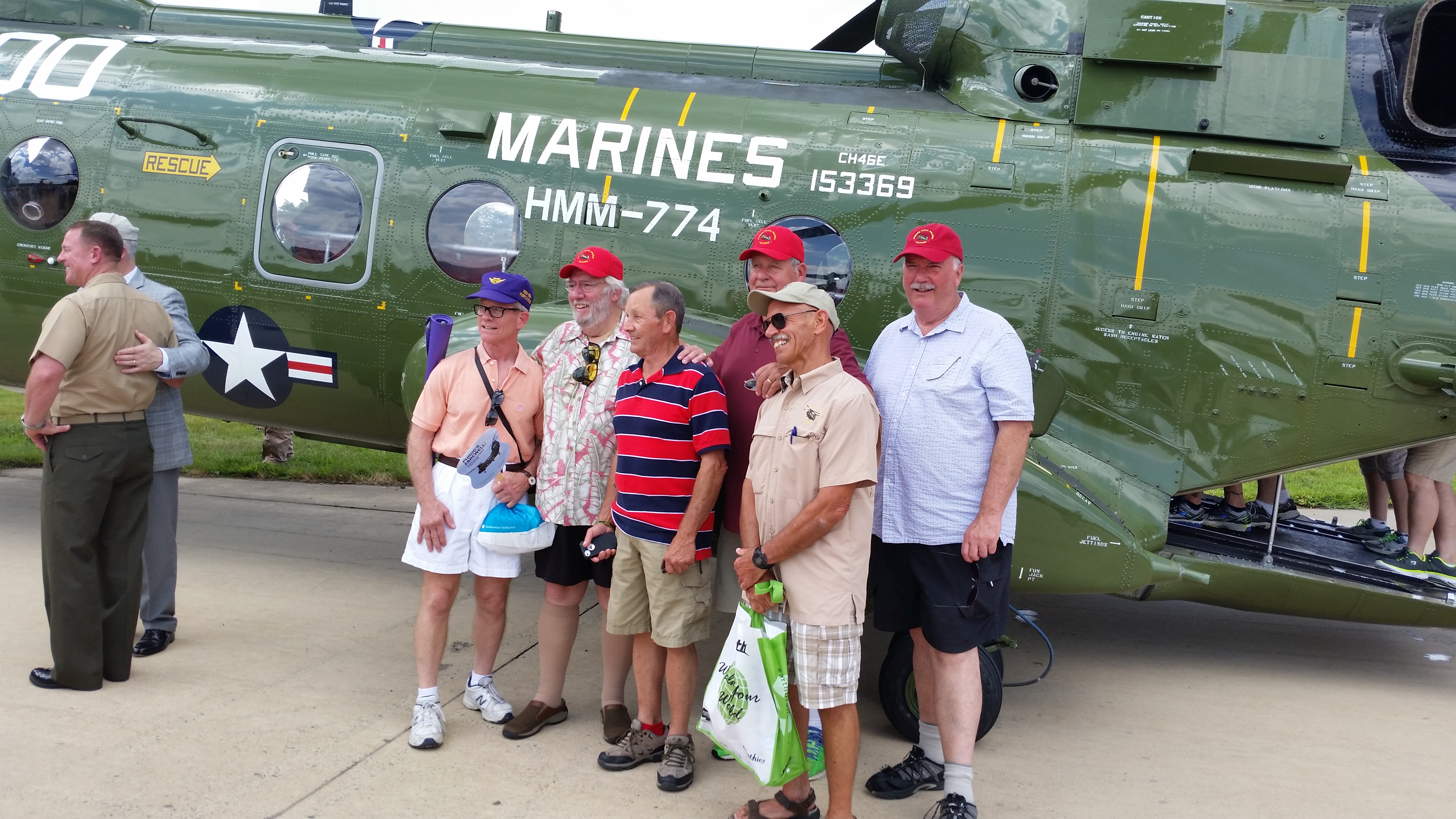 The United States Marine Corps retired the H-46 helicopter in 2015…about the same time I retired from my professional career.

The H-46 was a faithful vehicle for the Marine Corps. In Viet Nam it had a variety of missions including Medevac extracts, Recon Inserts and Extracts, Resupply, Standby for any emergency situations (this mission was called Bald Eagle), and Strikes (inserting blocking forces in sweeps of enemy territory).

We always flew at 3000 feet in transit to our destination and travelled with at least two gunships, either Hueys or Cobras, to protect us. The gunship pilots were the greatest. They covered our 6 o’clock position while we were in the pickup zones and gave us covering fire if we were shot at. 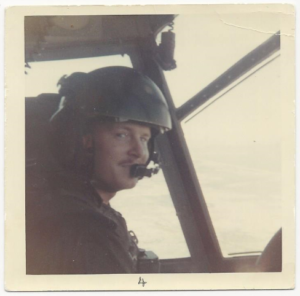 “Zoomies” (which was what we were called) lived a charmed life as opposed to the “Grunts” which were Marines stationed out in the hinterlands of I Corps; the five provinces of South Viet Nam closest to the DMZ and North Viet Nam.

Your day as a 46 pilot starts at 0500 hours (5am) if you are slated for Medevac. You’re asleep in your hooch, a wooden structure with screens at the top of the walls for ventilation, and flaps that hang down at night to keep the sand out.  You hear the door open. It’s the Squadron Duty Officer to wake you up and tell you what your mission is for the day.

You get up and go to the showers/lavatory/latrine building.  After getting the roach eggs off your toothbrush, you brush our teeth, shave, and return to the hooch. Next, you don all your flight paraphernalia, go to the O Club for a quick breakfast and catch the jeep that would takes you to the squadron.

Once at the squadron, you go to the ready room and see what planes (helos) you would be flying for the day. The co-pilots go out to the preflight with the planes, and the pilots get information as to who our gunships for the mission are and intelligence info as to what had been happening in the area we will be operating in.  There are at least two 46’s assigned to each mission, a lead 46 and his wingman. There are also two gunships accompanying the 46’s for fire support.

The pilots then go out to the planes to meet with the crew chief, two gunners (one for each side of the plane with a .50 caliber machine gun) the Navy medic, and the copilot. The pilot starts the plane and taxis out for takeoff, reporting to Luminous Base that we are out-bound and giving the name of the mission.

Some of our more brazen pilots call using “Ludicrous” Base instead of Luminous Base, which always results in some kind of reprimand.  Usually our gunships rendezvous with us just after takeoff and we fly together to the mission site.

If we have the morning Medevac for LZ (Landing Zone) Baldy. We head straight south from Marble Mountain, our base located in East DaNang, along the beach of the South China Sea. LZ Baldy is the base for the 7th Marines. The trip of about 20 miles lasts no time, and we land at the helo pad made for us and the gunships and go to the check-in shack. This was where the calls come for an extraction of a wounded Marine, either located in one the 7th Marine outposts, or if there was a patrol that got hit, we fly to the area of the fighting to get the wounded out. 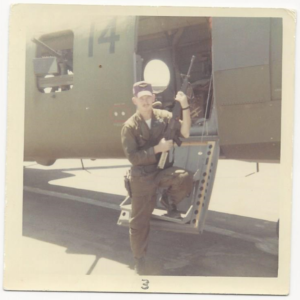 Our squadron was called the Purple Foxes

We scramble our four birds (helos) and get airborne. The gunships precede us and get a zone brief from the Marine unit with the casualty. The 46 pilots can hear the zone brief over the same frequency and at the same time as the gunship pilots, but the 46 crew members can’t. So, the 46 pilots relay the info to the crew and tell the gunners where the friendlies are and where not to fire if the enemy opens up on us.

The gunships make sure the zone is free of any debris and give the lead 46 pilot the okay to go in. The gunships go into their star pattern, which allows one gunship to always have its guns on the zone while the lead 46 goes in for the Medevac pickup.

The 46 wingman stays at 3000 feet, flying in a circle above the zone and ready to go in if the lead 46 has any trouble.

The lead 46 pilot executes a rapid decent maneuver, which entails coming over the zone at about 1400 feet, going into a steep 35-degree angle of bank to the right, and decreasing power to a minimum. This can result in a possible over-speed of the rotor system. So, the pilot must continuously check the rotor speed gauge and apply power, if need-be, to keep the rotors from being damaged.

After a 90 degree turn, the pilot descends rapidly and sees the zone off to his right. At this point he adjusts his turn and power to land in the zone. The approach continues for another 270 degrees of rotation until landing in the zone.

Once on the ground, the lead 46 co-pilot flips a switch and the rear ramp goes down. The stretcher bearers run up the ramp with the wounded Marine. The bearers leave the Marine and run back to their unit. The Navy medic starts any needed medical work. The 46 pilot in the zone tells the gunships that he is coming out and which direction he is going to go.

The gunships adjust their patterns to be out of the way and the lead 46 performs a Zoom Climb, which involves applying all the power available while pushing the nose over. This results in a rapid gain in airspeed. After about 8 seconds of forward movement, the directional stick is pulled back in the pilot’s lap and the helo soars instantly upward, gaining altitude swiftly and making it hard for any enemy fire to aim efficiently.

Once the lead 46 attains 3000 feet, the wounded Marine is carried to the nearest medical facility, which might be at LZ Baldy or Charlie Med at China Beach in East DaNang, for any needed surgery. The 46s and the gunships, after depositing their Marine, return to LZ Baldy and wait on their next Medevac call.

They will be relieved at noon by the next Medevac shift.

Such was the life of Marine 46 pilot on a Medevac mission in Viet Nam in 1969.