Higher Power: a Pipeline to a New Consciousness 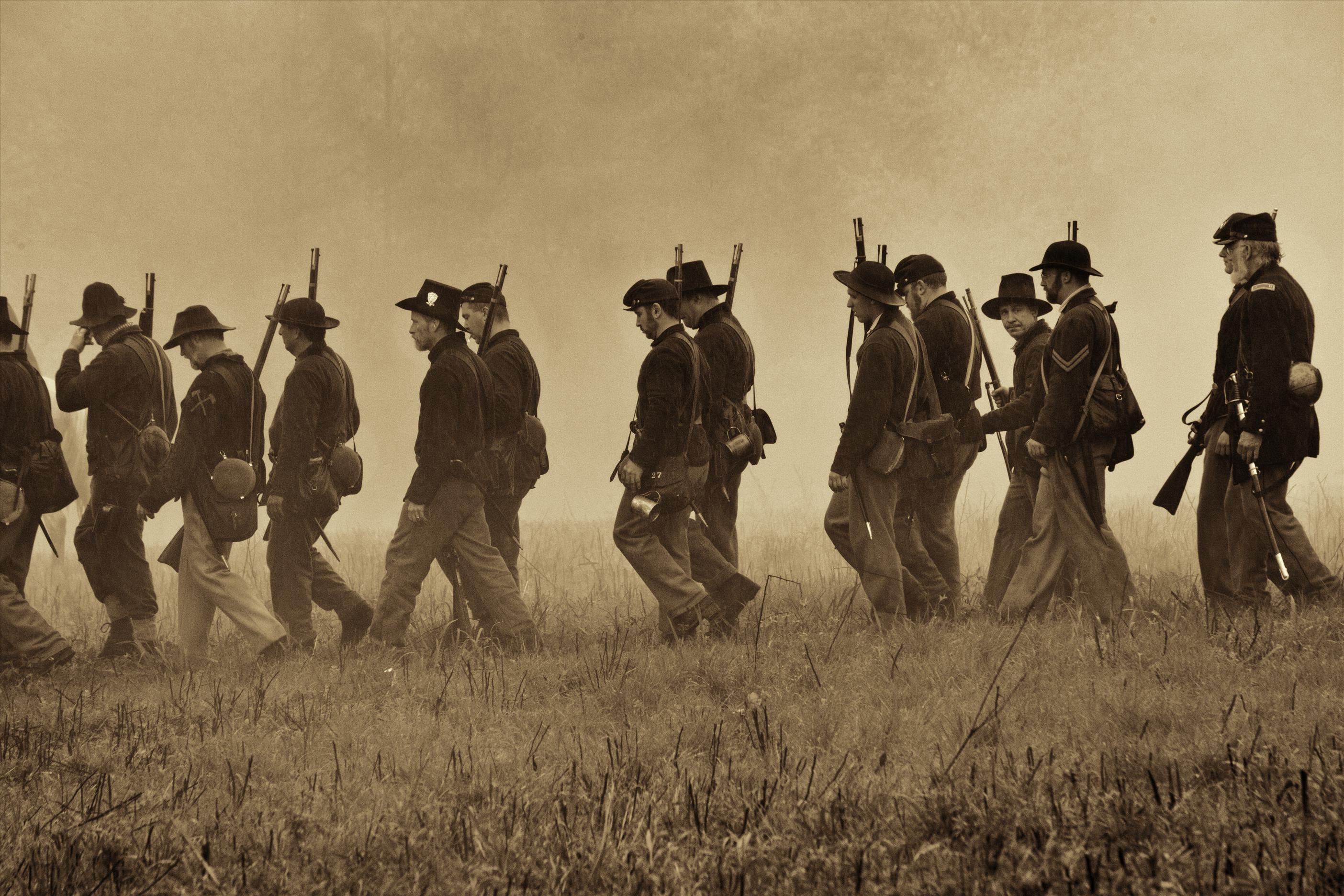 The next time I had a touch from a Higher Power occurred in 1996. 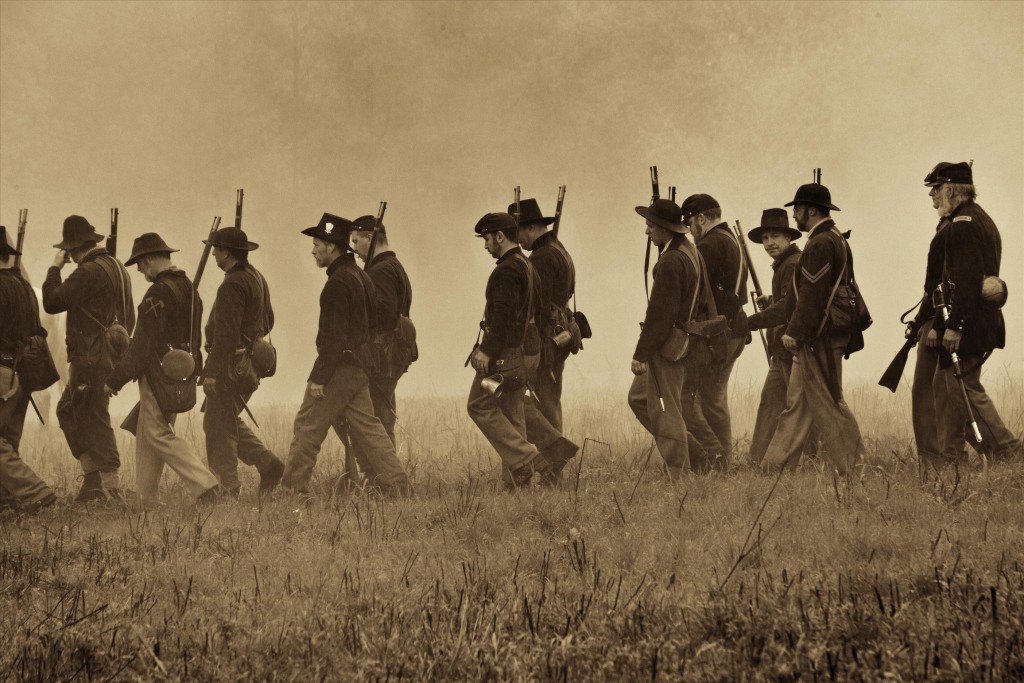 U.S. infantry reenactors on the march to the Piper house at Antietam

As a Civil War buff, I had somehow latched onto the Antietam National Battlefield – while watching Ken Burn’s “The Civil War” documentary on PBS in the early 1990’s – as a place about which I would like to study. I read three books on the battle, and in May of 1994, my wife and I traveled to Gettysburg, Antietam and Fredericksburg for a vacation. I fell in love with Antietam.

The Battlefield has many tours, and I attended one while Nancy watched from a park bench. A man talked to her while she waited on me to finish the tour, and she was impressed with his demeanor. After the tour, when I found her near the visitor’s center, she immediately pointed out an older white haired man and said I should talk to him.

I approached him and introduced myself. His name was Walter Smith, and he was a battlefield guide. I got his contact information for a battlefield tour at a later date. Nancy and I left the battlefield and went to Fredericksburg for the last round in the tour of battlefields. 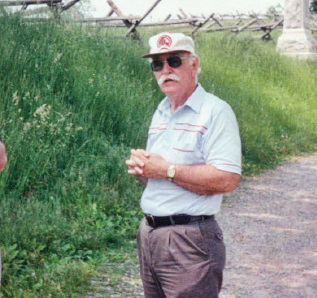 I kept in contact with Walter over the next few months and was able to hire him as a guide on a trip I took to Antietam in September 1994. His views on the battle were very informative. We kept in touch, and on another trip to Antietam in May of 1995, I had set up to have another battlefield tour with him. However, he suffered a heart attack before we got to Antietam. Fortunately, he recovered and during another trip to Antietam in September, 1995, I was able to attend the Battlefield Vignettes put on by living historians around the Visitors Center and Dunker Church on the anniversary of the battle in September. The vignettes portrayed certain aspects of the aftermath of the battle, from burying of the dead to operating on the wounded. Walter guided one of the tours and I was able to go with him. It was a great experience for me.

I had planned to go back in 1996 for another visit to what had become my Sacred Ground, when I heard that Walter had died in front of the Antietam Visitors Center on March 18th with his hand on the cannon that sits just to the right of the front door. He was supposed to guide a tour of military men on the battlefield when he was taken from us due to a massive heart attack.

I was heartbroken when I heard the news. It affected me deeply. Almost immediately from the time I heard of his passing, words began to form in my mind, “A great light has gone out in Maryland…” Other words augmented this initial phrase and a poem, Our Guide, took form. 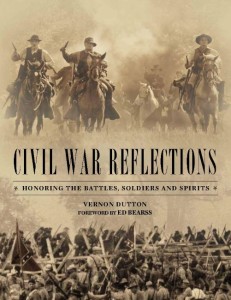 From that time onward, whenever I attended certain Civil War Reenactments, words with great emotions would hit me after these events. I would have to write the words down to get a release from their emotional impact. Many times I would be crying from the poignant power of the poems by the time I finished composing them. During the construction of these poems, the words didn’t come from my mind. The words just seemed to appear in my consciousness.

I called this emergence “The Source.” It was as if I had become a pipeline for Civil War soldiers’ thoughts. Ultimately, this led to a book – Civil War Reflections: Honoring the Soldiers, Battles and Spirits.

During my life I have come to view a Higher Power or Spirituality quite differently than I did in my youth.